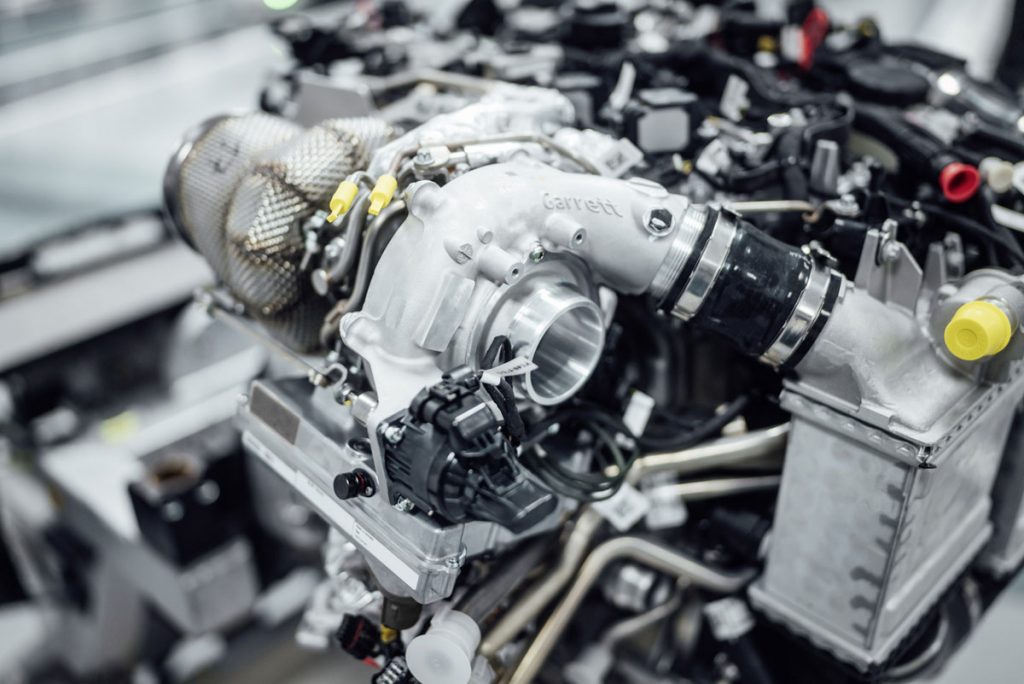 The future of Mercedes-AMG is turning electric. With developers working intensively on innovative technologies which will take performance to a new level, the next vehicle generation will see the deployment of the electric exhaust gas turbocharger.

Developed in partnership with Garrett Motion, this technology comes straight from Formula 1 and resolves the conflicting goals between a small, fast-reacting turbocharger which achieves relatively low peak performance and a large turbocharger with a high peak performance but which on the other hand can suffer from turbo lag. 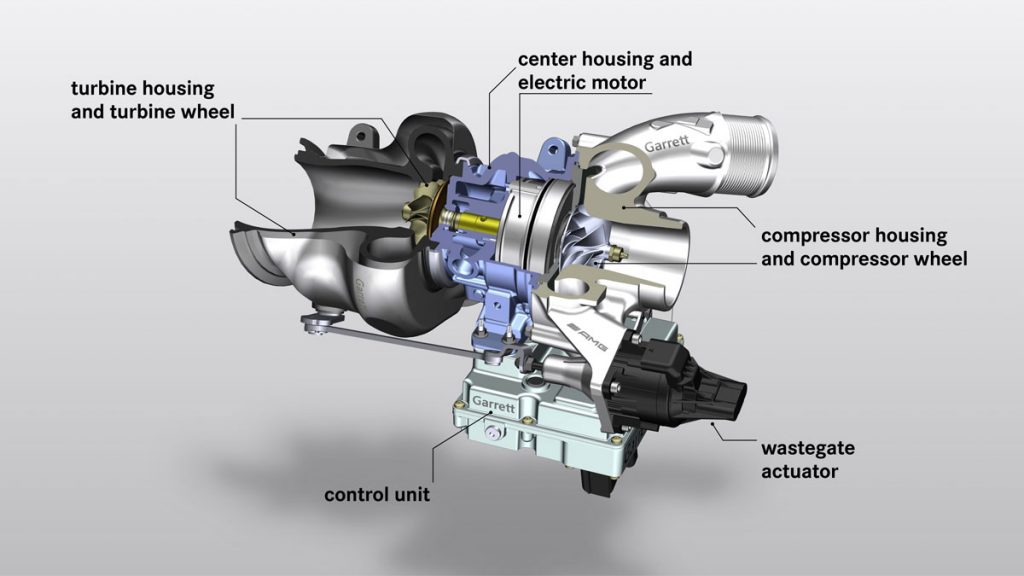 The highlight of this innovative turbocharging system is a slim electric motor, measuring about 4 centimetres, which is integrated directly on the charger shaft between the turbine wheel on the exhaust side and the compressor wheel on the fresh-air side.

This electronically controlled electric motor drives the compressor wheel before this accepts the exhaust gas flow. The electrification of the turbocharger significantly improves immediate response from idle speed and across the entire engine speed range. The so-called turbo lag (the delayed response of a conventional turbocharger) is eliminated by the electric motor. The result is that the combustion engine responds even more spontaneously to accelerator pedal input, and the entire driving feel is significantly more dynamic and agile.

In addition, electrification of the turbocharger enables higher torque at low engine speeds, which also enhances agility and optimises acceleration capability from a standstill. Even when the driver takes their foot off the accelerator or applies the brakes, the technology of the electric turbocharger is able to maintain the boost pressure at all times, so that a continuous direct response is guaranteed.

The turbocharger, electric motor and power electronics are connected to the combustion engine’s cooling circuit to create an optimum temperature environment at all times.

Based in Epsom, DDR Surrey is a local Mercedes-Benz engine repair specialist.