Mercedes Servicing Through The Years 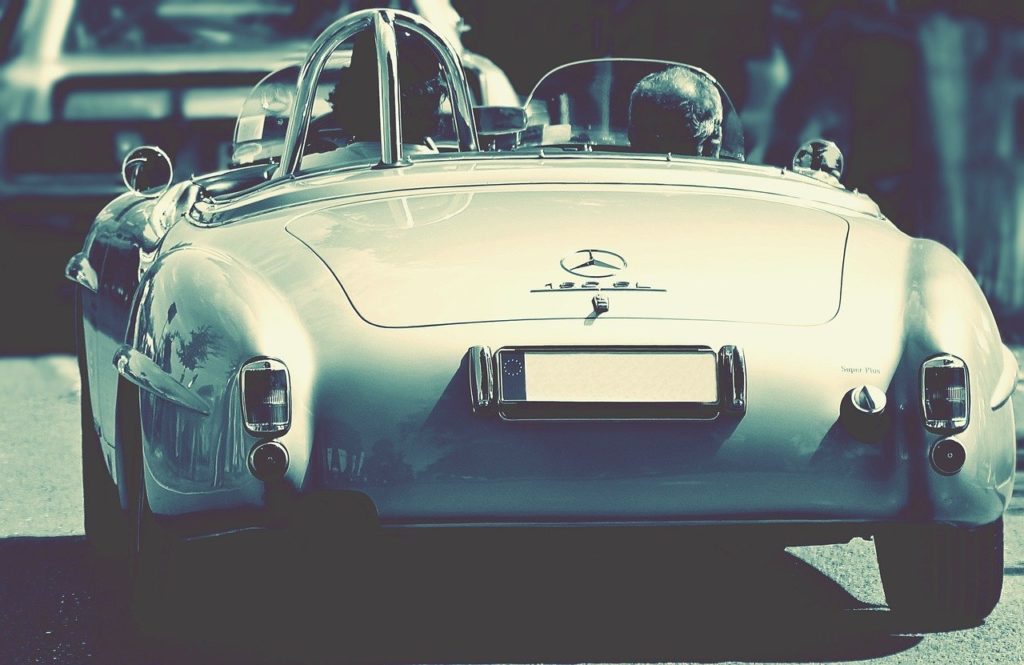 Mercedes Benz has played a huge part in forming the automotive industry as we know it today. Not only did they create what is widely recognised as the first car, but they also have a significant influence on the history of servicing as we know it today. From the first repair by Bertha Benz in 1888 to the ever-developing technology we see today, Mercedes has come on leaps and bounds when it comes to the service and maintenance of their vehicles. We’re taking a look at their history to see where it all began.

Mercedes-Benz cites their very first service technician as being Bertha Benz, after setting off on a long journey in her Patent Motor Car. This journey would take her from Mannheim to Pforzheim, with stops every 20km for engine coolant, litres of petrol from chemists’ and at some points, even required her to push the vehicle as the engine was weak. She also faced what can only be described as a break down – the thin leather lining on the braking system smouldered and eventually broke and it was here that the first-ever automotive repair was made – replacing the leather lining with a leather strip from a local cobbler.

The first repair shops began to pop up across the UK in and around 1900. Automotive technology as a whole had developed further and further, but vehicles, in general, were still very temperamental and needed repairs regularly. It was also at this point that technical services were growing alongside technology in general, but maintenance didn’t play a huge part in any of it; Vehicle owners were focused on only spending money on their cars, which were about the same price as a house at the time, as and when it was needed, rather than as a preventative measure. Repair shops were entirely focused on fixing issues when they happened, and as a result, most of the technology or techniques that they used were developed with that in mind.

It was in the 1960s that Mercedes-Benz vehicle servicing started to look a little more like we know it to be today. As vehicle design got more intelligent, the service requirements started to be documented in the specifications book, which ultimately made cars much easier to repair and more maintenance-friendly for both the owners and service technicians. Testing technology also saw improvement, adapting to these new requirements and creating plenty of training opportunities for Mercedes Benz staff to keep them up to date.

Following the improved service requirements, most testing, repair and maintenance equipment also saw huge innovation. Mercedes Benz internally saw a rise in computer-aided servicing, which led to the creation of a hand-held tester, making it possible to not only read and find errors with a vehicle but in some cases, fix them too. This led into the STAR diagnosis methods, which is still in use at Mercedes Benz today, though is constantly adapting to new technologies.

A simple name change for a job role might not seem like a huge deal, but as Mercedes Benz’s Mechanics became Mechatronic Engineers in the 2000s, it was a sure show that servicing was taking a huge leap towards the latest technology. As cars became more tech-heavy and intelligent, so too did the servicing requirements and as a result, existing mechanics and anyone learning the job needed to train up in these new techniques.

Nowadays, DDR Surrey can provide a full service to any Mercedes vehicle. For more information, or to make an enquiry, contact us on 01372 274095.