27 July 2020 By Hayley ReeveMercedes Servicing at DDR in AMG 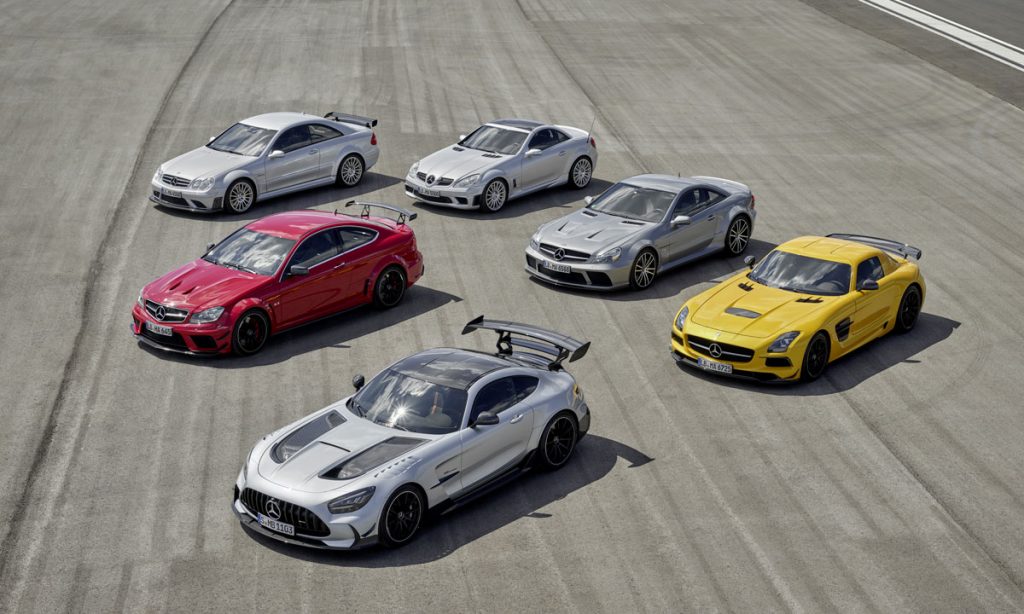 The most powerful AMG V8 series engine of all time, the most expressive design, the most elaborate aerodynamics, the most intelligent material mix, the most distinctive driving dynamics is how the new Mercedes-AMG GT Black Series has been described by its maker.

The Affalterbach designers have certainly pulled out all the stops when it comes to the art of vehicle design. The new super sports car perfectly embodies the brand’s rich tradition in motorsport, as well its many years of expertise in developing complete vehicles which impress in every respect. The result is 730 hp from a V8 engine combined with active aerodynamics and a design that stems directly from the current AMG GT3 racing car. 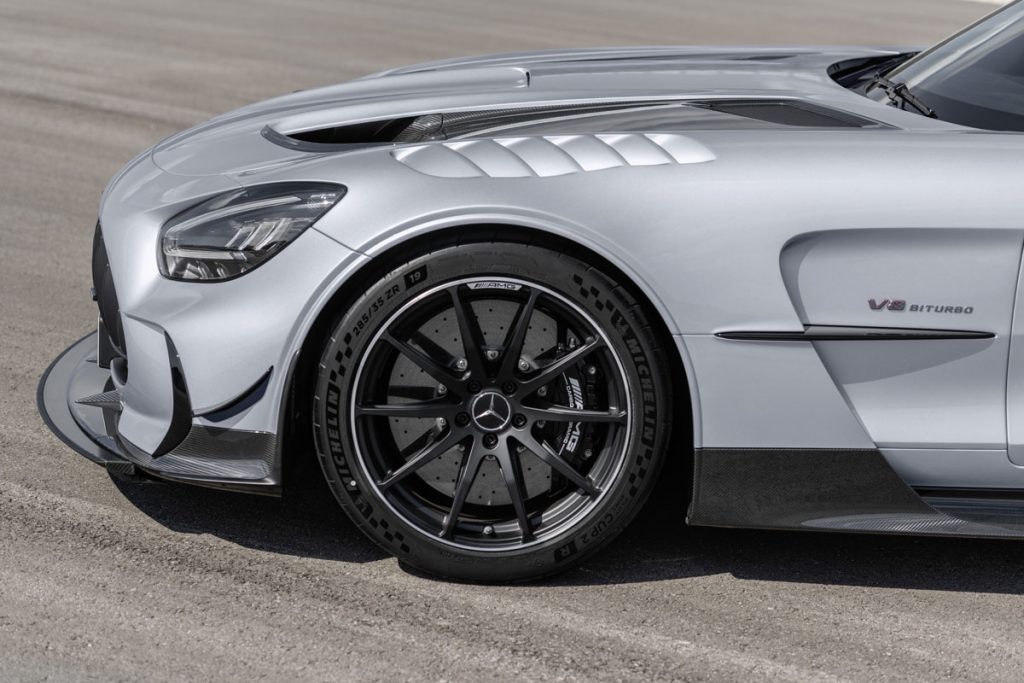 Black Series models are exclusive automotive rarities. They have not been developed to gather dust in collectors’ garages, but for high-speed use on racetracks, despite being approved for roads. The AMG GT Black Series represents a new highlight in this tradition: It is the most powerful Mercedes-AMG with a V8 series engine.

The specifications were clear: Significantly more power than the previous flagship model of the AMG GT family, an even more agile throttle response, maximum torque – all of which meant that a radical change was needed in the form of a new, ‘flat’ crankshaft. 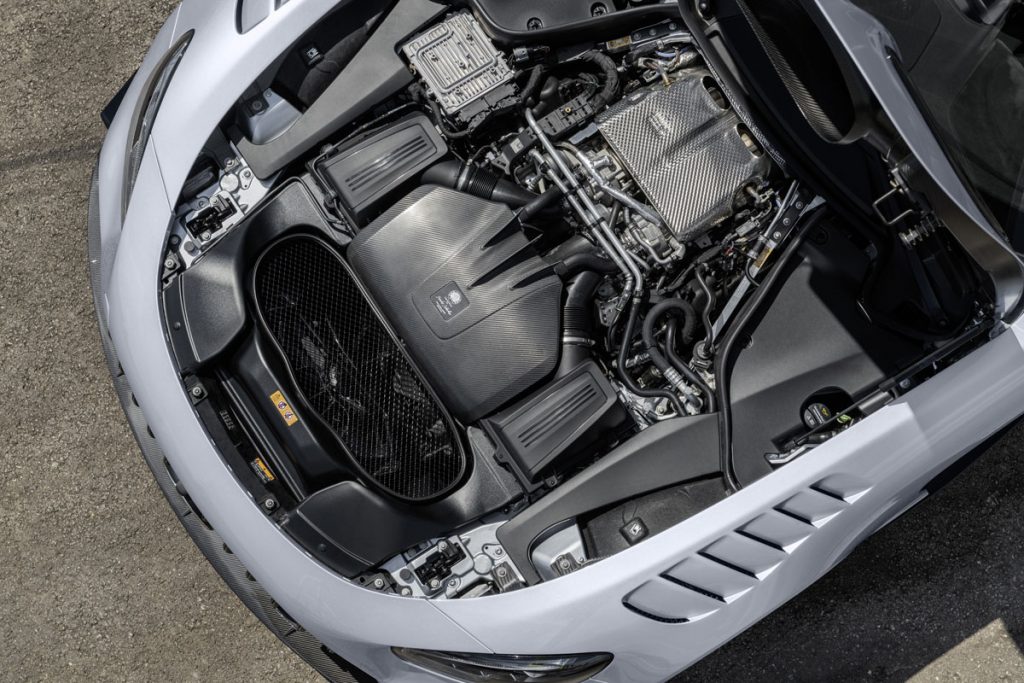 What does the engine do for the AMG GT Black Series? It gives it a completely independent character, which is not only reflected in the type of power delivery, but also in its very particular sound pattern. And it enables highly impressive driving performance: The two-door vehicle shoots from 0 to 100 km/h in 3.2 seconds, and to 200 km/h in under nine seconds. The top speed is 325 km/h.

Power is transmitted to the rear wheels via the seven-speed AMG SPEEDSHIFT DCT 7G dual-clutch transmission, which is located on the rear axle in a transaxle arrangement for optimal weight distribution, as is the case for all AMG GT models. It has been modified for use in the AMG GT Black Series and adapted to the increased torque of 800 Nm. The previous limits governing shift performance and response time have been extended, making them more suitable for racetracks. 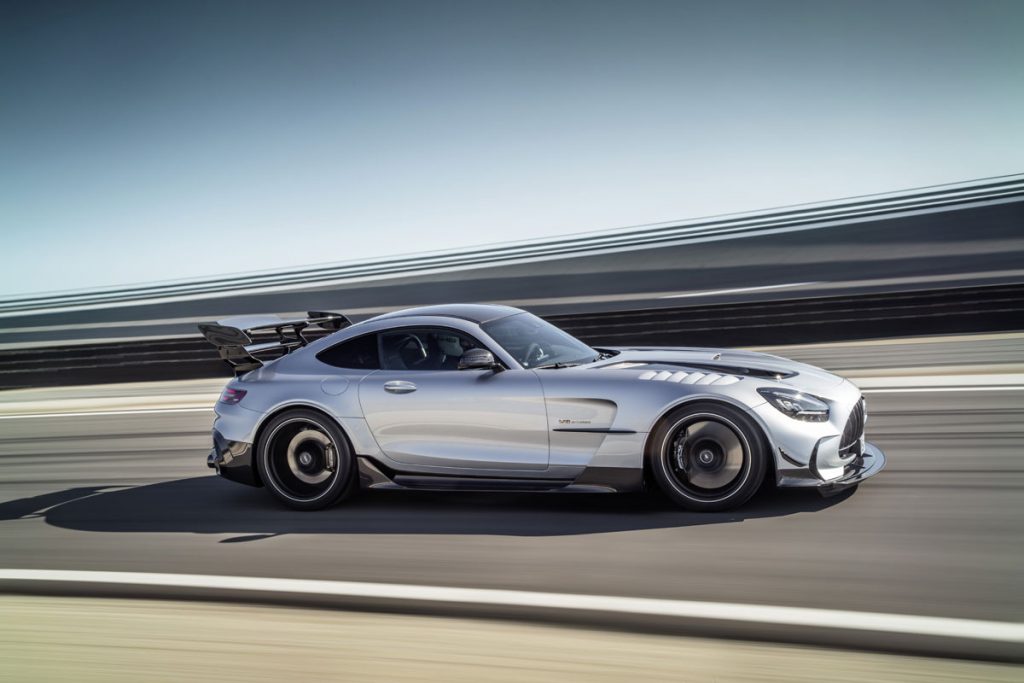 This all adds up to very different handling characteristics, as not only are the accelerator and engine response more agile – the drive programs, start-up characteristics and gear changes are, too. The Race Start function is also now even more impressive, thanks to the increased starting revs, the more sensitive wheel slip control and the sports tyres fit for the racetrack. Furthermore, the transmission cooling has been adapted to the tougher requirements, and the transmission ratios have also been slightly modified. 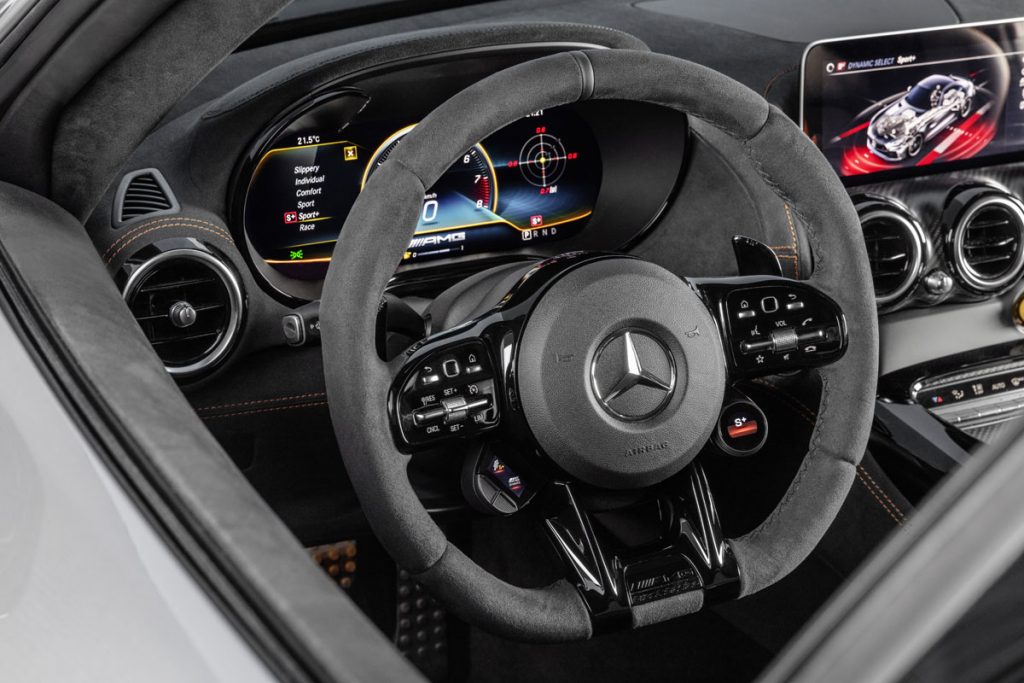 The AMG GT Black Series features the fully digital instrument displays from the AMG GT family with an instrument cluster measuring 12.3 inches in front of the driver and a 10.25-inch multimedia monitor on the centre console. The instrument cluster offers different designs with the three AMG-specific display styles: “Classic”, “Sporty” or “Supersport”. The “Supersport” view with a central rev counter features extensive additional information, such as a prompt to shift up in manual transmission mode, the ‘shift light’. The visualisations on the multimedia display enable further vehicle functions to be experienced, e.g. with animated presentations of the driving assistance, vehicle and communication systems.